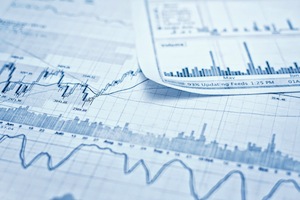 The False Claims Act is also known as a “qui tam” suit. Qui Tam litigation comes from the Latin phrase meaning in total, “who sues on behalf of the King as well for himself.” Qui Tam legislation was first enacted during the period of the Civil War in response to dishonest suppliers to the Union military. The government had little means to investigate or prosecute so it instituted legislation encouraging private citizens to turn in defrauders. Prior to 1986, the legislation was put to infrequent use. However, after a revamping in1986, the qui tam or false claims suits began to generate significant recoveries of federal tax dollars. More than four thousand qui tam actions have been filed since 1986. The federal government has recovered over $6 billion dollars as a result of this legislation, and private citizens bringing the suits have netted over $960 million dollars in shared compensation.

A private citizen who has first hand knowledge of persons or entities filing fraudulent claims on government dollars or, in the case of a reverse false claim, concealing, avoiding or decreasing an obligation to the government through a false record or statement, may file an action under the False Claims Act on behalf of the United States government. The citizen plaintiff (also known as a “relator”) must have actual knowledge of the fraud and may not have learned of fraud through second hand sources such as television, newspapers, court records or court hearings. In addition to knowledge, the relator must have specific evidence of the fraud. The fraud must involve federal or state money. Finally, the fraud needs to have taken place within the last six years.

Defendants are liable for knowingly presenting or causing to be presented a false or fraudulent claim; knowingly making or causing to be made a false record or statement to get a false claim paid; or conspiring to defraud the government by getting a false or fraudulent claim paid. However, actual knowledge or a specific intent to defraud is not required. A defendant may be liable if he or she acted with deliberate indifference or with reckless disregard for the truth. Further, the evidentiary standard of proof is a preponderance of the evidence, rather than more stringent standards in criminal proceedings.

Defendants found liable under the False Claims Act are assessed treble damages, three times the amount of actual damage loss to the federal government. Also defendants may be assessed fines of $5,000 to $10,000 per each fraudulent incident. Significantly, the citizen who brings the action is entitled to recover 15-20 percent of the judgment where the government intervenes in the suit and 25-30 percent of the judgment where the government does not intervene. Generally, it is beneficial to persons bringing false claims act lawsuits to convince the government to prosecute the matter. This greatly lowers the cost of privately pursuing the case and will likely result in a more substantial recovery due to the various remedies available to the government. Getting the government to become involved in these matters is often challenging due to thresholds related to damages and evidence. Accordingly, it is best to have an effective attorney involved to properly build the case to encourage government involvement. Also, there are a number of underlying requirements which must be met before the person reporting the fraud is entitled to any portion of the recovery. If the person reporting the case fails to satisfy the requirements under the statute, he or she may be denied any compensation by the government.

Often private citizens learn of fraud against the government through their workplace. Becoming a whistleblower on an employer is never easy. Supervisors and co-workers may retaliate. The federal act provides for a private cause of action where the employee suffers retaliation at work as a result of filing the complaint against the employer. If retaliation occurs, the employee is entitled to all the damages arising from the retaliation.

Since its amended enactment in 1986 the False Claims Act now procures over a billion dollars a year in recovered losses. Most of the losses stem from fraudulent filings in the health care industry.

In April of 2007 the Georgia legislature enacted the State False Medicaid Claims Act (SFMCA) at O.C.G.A. § 49-4-168. This legislation was modeled on the federal False Claims Act. In 2005 the federal Deficit Reduction Act provided an incentive to all states that enacted similar false claims legislation. The federal government promised states ten percent of all Medicaid fraud recoveries. This act is the first Georgia legislation addressing false claims on state funds. To date, sixteen states, including Georgia, have enacted similar legislation.

Under the state legislation, the fraud must go to Medicaid filings. Government employees or officials whose duty or obligation is to report abuse are exempt from the act and may not file. Private citizens who bring these actions are entitled to damage recoveries similar to the federal legislation. Civil penalties of $5,500 to $11,000 are assessed for each false claim and treble the damages for the loss to the Georgia Medicaid program as a result of the fraud.

The legislation applies to claims submitted not only to the government, but also to other persons or entities, as long as the Georgia Medicaid program provides any portion of money or property. Private employees who suffer retaliation at work as a result of investigating or filing the complaint are entitled to a private cause of action for damages. Notice of the suit is given to the state attorney general. However, in the Georgia legislation, the attorney general has the right to dismiss the suit or settle without the agreement of the original citizen plaintiff. Money recovered under the act goes to the state Indigent Care Trust Fund.

If you know of a situation where the government was cheated you may be a potential qui tam whistleblower. Significant financial incentives are available to citizens who bring private causes of action through qui tam litigation. We have the experience to handle complex False Claims Act litigation. If you believe that you have a case, click here to schedule a free consultation with the law office of Robert Katz.

Client Reviews
★★★★★
I was in a head-on collision last year that put me in a wheelchair with a fractured femur. I needed an attorney and my cousin recommended this firm because he had used Briant Mildenhall for his accident. I was glad I called Briant because he always did what he said he would do and kept me informed. We settled with the insurance company and I'm happy with the result. If someone I know needs an attorney, I will tell them to call Briant because he will get the job done. Michael G.
★★★★★
After a head–on collision I had extremely serious injuries to my back and neck, and some internal injuries. I was airlifted to the hospital and started a huge amount of medical expenses accumulating. I hired a lawyer recommended by a friend but I was not satisfied. My cousin told me about this firm so I talked to Briant Mildenhall about handling the case. I was at ease from the get–go. Briant kept me informed all the way through, was always reassuring and did everything he said he would do. He helped us get the money we needed to get the treatment we needed. Briant was fantastic! Ronda W. (Car Accident)
★★★★★
I was in a car accident that was complicated from the start. I looked on the internet and called a few different lawyers but they turned me down after they heard my story. When I called this firm Lyn Dodson asked me to talk to her in person. I met with Lyn and Rob Katz and after hearing my story they were confident I had a case. They vigorously pursued my case and over time we built a trusting relationship. Lyn even took time to help me with the traffic issues and other aspects of the case. They were always on my side and talked to me about the advantages and disadvantages of my options... Robert W. (Car Accident)
★★★★★
After my car accident, I was looking for an attorney and came across the name Katz Wright Fleming & Dodson, LLC. My intuition told me to call. I called in and Briant Mildenhall talked to me. He was very clear and honest about my options. As the case went forward, Briant and the staff at the law office always answered my questions right away. I was very confident in Briant's legal ability. He kept me informed every step of the way. I would recommend Mr. Mildenhall and the firm to anyone who needs an attorney. Antonio J. (Car Accident)
★★★★★
I would recommend the law firm of Katz Wright Fleming & Dodson, LLC. Lyn Dodson was my attorney after my auto accident. I had confidence in her legal abilities and experience. She did a very good job for me. She was always there to answer the many questions I asked. The firm is very professional. Lyn always gave you her undivided attention. The firm, especially Lyn, worked with you like a long time friend. Joe B. (Auto Accident)
★★★★★
I am 100% satisfied. I called Rob the day after the accident. Everything he said that would happen did, every step of the way. He went beyond what we needed him to do. I would definitely use him again and recommend him to anyone who needs a lawyer. Steve H.
★★★★★
Robert Katz isn't your average personal injury lawyer. He has specialized knowledge and experience that the others don't. Timothy W. (Trucking Accident)
★★★★★
I have nothing but good and positive things to say about Rob. One of the unique things about my case was that I was involved in a bicycle accident with another biker. He took an unorthodox case between two bicycle riders and he could see the logic and liability in it. I was very happy with the result. Rodney H. (Bicycle Accident)
★★★★★
We just loved him to death. He acted like he cared about us, not just our case. He kept us posted on everything. He even called us on Sundays to update us. My case involved a rear-end collision where I had herniated disks and I had had a prior back injury. Complicated as it was, we were very happy with the outcome. Kathy H. (Car accident)
★★★★★
Throughout the course of my case, Mr. Katz kept me informed about its status, returned my telephone calls and was very attentive to my needs and concerns. Simply put, he cared not just about my case, but about me. Joseph B.
★★★★★
I was, and still am, extremely satisfied with Rob's work and with the outcome of my case. Rob strives to be there for his clients, and I was no exception...I would happily recommend Rob to anyone who is seeking legal assistance after suffering a severe injury. Joey E.
View More
Submit a Law Firm Client Review